When asked to share her perspective on Detroit, Desiree Kelly says it's much more than portrait painting; it's about expressing individual lives and their experiences through her artwork.

Kelly, a 2011 alumna of the James Pearson Duffy Department of Art and Art History, is an award-winning artist who is known as Detroit's premier portrait painter. She is acclaimed for her portraits of public icons that are immersive and reflect on the narrative of her subjects. Kelly incorporates artifacts and phrases within each work and uses a unique mixture of street art and traditional oil technique.

The former production manager/senior graphic designer for the Detroit Metro Times was contacted by Pepsi's advertising agency. The agency expressed its interest in Kelly's work, noting her use of energy, colors and mixed media.

As this is a long-term project, Kelly shares that she is excited that limited-edition packaging and labels with her artwork will start to roll out this month, along with a special virtual concert featuring artist and Detroit native Kem.

About the artwork:
"My artwork is a visual representation of what Detroit soul means to me. I felt this was an important role for me to tell the narrative, especially being a native Detroit artist. I wanted to come across as truly authentic and [as someone] that people of the community would connect to and identify with, pulling from what I recall from growing up and what I personally experience living in the city. There are several elements that I included in the artwork. The center of the painting is a self-portrait (I have headphones on and [am] listening to music), almost like I'm listening to the sound of the city. The elements dance around the figure, creating this movement which allows the viewer to read through the composition: the old school cars, the skates representing the skate culture, the Spirit of Detroit. More importantly, I wanted everybody to be included, so I have the individual neighborhood names written throughout the piece as well - to name a few: LaSalle Gardens, Rosedale Park, Eastern Market, Brightmoor and Islandview (where I grew up on the east side)." - Desiree Kelly 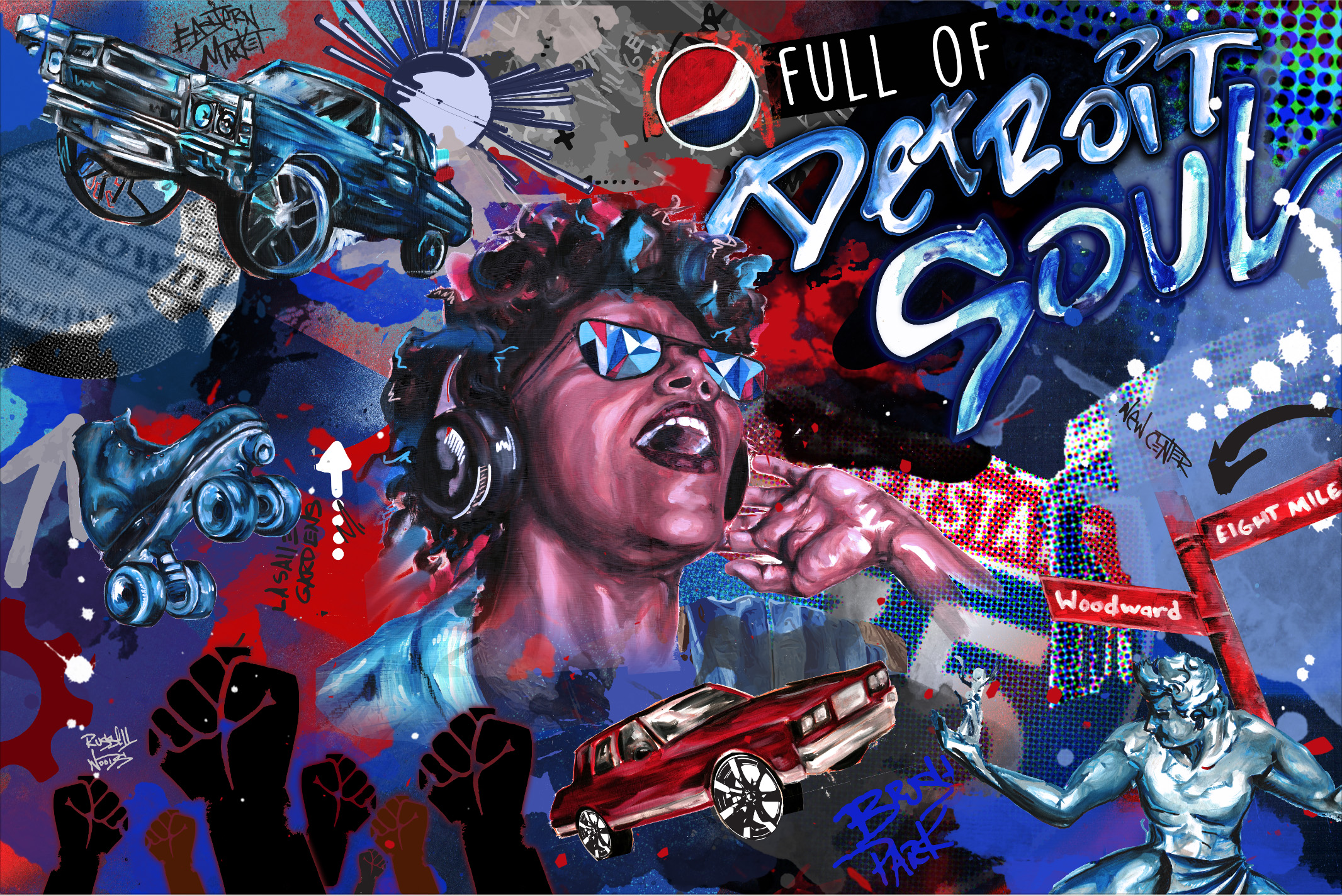