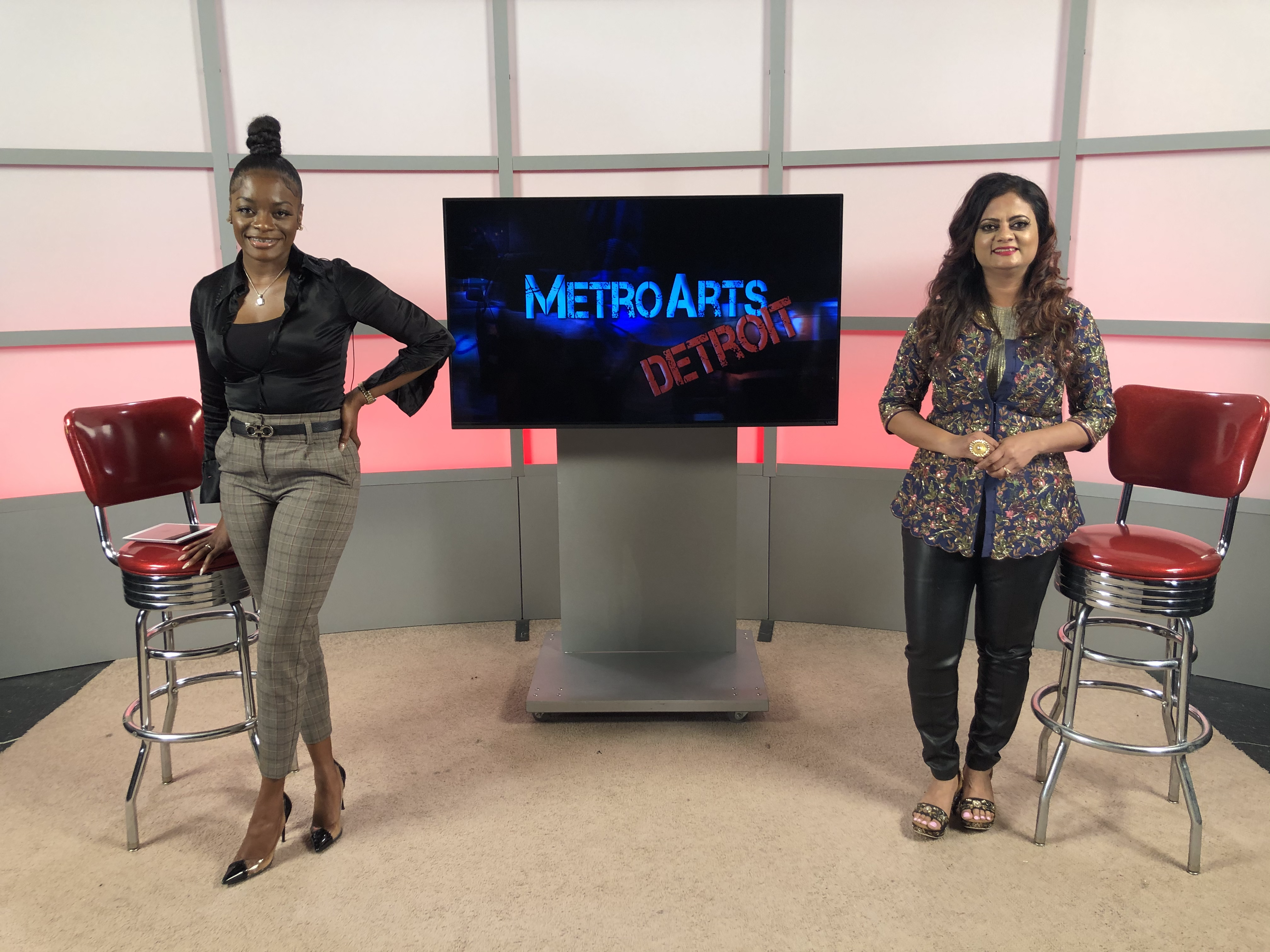 Now in its 10th season, the show brings awareness to up-and-coming talents while also supporting established artists who have worked in the metro Detroit area as advocates and community leaders. Each show is comprised of three segments, with guests who discuss their current work and their future endeavors. Depending on the discipline, the artists either perform or showcase their creative works. This season’s host is Wayne State student Miranda Bryant. The producers are Kim Piper-Aiken and Gary Cendrowski.

“It has been such a great experience for me to work with and train hundreds of media production and broadcast journalism students who have worked on MetroArts the past 10 years,” said Piper-Aiken, senior lecturer and journalism area head. “I have also had the pleasure of interacting with hundreds of amazing artists, musicians, dancers and other guests in the Detroit area, and I would like to thank them all for making the show possible.”

“Detroit is blessed with an abundance of wonderful performers and artists, and at Detroit Public TV, we are delighted to partner with Wayne State on MetroArts to showcase this great talent,” said Rich Homberg, president and CEO of Detroit Public TV. “Wayne State is an important cultural resource itself, not only as an incubator of the arts but also in its training of communications and broadcast students. This long-running show gives them an opportunity to hone their craft and build a career.”

MetroArts features artists from the metro Detroit area who represent the disciplines of visual, performing and communication arts. The first show will include musical jazz clarinetist/musician Dave Bennett, along with the work of filmmaker Harley Wallen and fine artist Luzhen Qiu. As the program celebrates its 10th season, it will feature an encore performance from singer-songwriter Sky Covington, who appeared in the first season.

“Even though we filmed season 10 in the midst of a pandemic, we were still able to get a wide variety of talents on the show,” said Department of Communication M.A. candidate and season 10 host Miranda Bryant. “I couldn’t have asked for a better crew. We went in every week with our fingers crossed because we never knew when we would have another shutdown. It was a constant roller coaster, but we kept a positive attitude always! However, when we had the green light to film, we made sure we followed all protocols to ensure the safety of the crew and our special guests.

“I learned so much from interviewing the musical artists, dancers, painters, sculptors and more from the metro Detroit area,” Bryant continued. “I can’t wait for our viewers to hear about the journey of our guests and the effects the pandemic had on them. It’s definitely going to be a season to remember.”