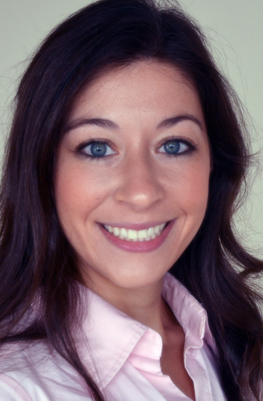 Department of Communication Assistant Professor Elizabeth Stoycheff's article Under Surveillance: Examining Facebook’s Spiral of Silence Effects in the Wake of NSA Internet Monitoring, was named the best article published in 2016 in Journalism and Mass Communication Quarterly. The journal’s editorial board made the selection, and the journal itself is considered a top tier journal in the field of mass communication.

This is hardly the first notice for this particular piece. It was covered in the Washington Post and Edward Snowden also tweeted about it. (@Snowden)

The award will be presented to Stoycheff in August at the annual Association for Education in Journalism and Mass Communication (AEJMC) conference in Chicago.

Stoycheff also was named a Scripps-Howard Foundation visiting professor. This program sends faculty to newsrooms for a two-week externship in digital media. Stoycheff spent that time at the Charleston Post and Courier. Next, the paper's digital media team will visit Wayne State for consulting on instruction, curriculum and other areas digital media, to help the department keep current with the latest innovations.

Stoycheff has been on the faculty at Wayne State since 2013 where she teaches reporting and feature writing at the undergraduate level and classes focusing on the media and democracy, quantitative methods and big data at the graduate level. Also in May 2017, Stoycheff received the College of Fine, Performing and Communication Arts outstanding teaching award.